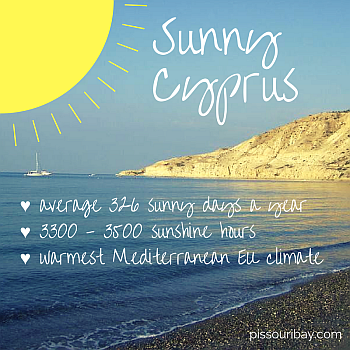 Why The Name “Cyprus”?

The Greek name of the island is Κύπρος, (which transliterates as Kýpros), leading to the English version; Cyprus. This originates from the plentiful copper deposits found by the early settlers.

Sunshine and Climate – Best in EU

An average of 326 sunny days per year

The warmest climate of all the Mediterranean EU countries

63 of the island’s beaches, plus Limassol marina have ‘Blue Flag’ status for cleanliness, facilities and environmental awareness

In 2019 Pissouri Bay was awarded its 23rd consecutive ‘Blue Flag’.

The Blue Flag beach description:
The beach is covered with sand mixed with colourful pebbles. Protected by Cape Aspro’s cliffs. Water sports and accommodation facilities are available. You can get to the beach by bus, car and bicycle. Lifeguards and lifesaving equipment from 11:00 to 17:00 hours July – Sept. 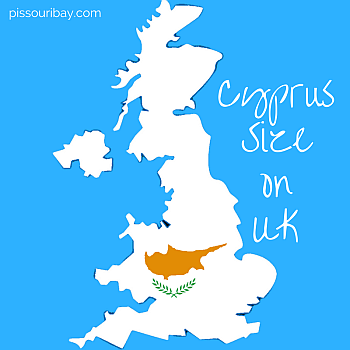 12 Cyprus Stats – How Many Did You Know?

Population: An estimated 1.1 million (the same as Birmingham)

Languages: Greek, with English widely spoken as a second language

Driving: Is on the left, plenty of car hire options (we can advise)

Electricity: Voltage and sockets are the same as in the UK 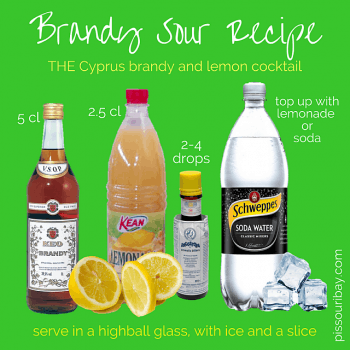 The recipe was devised at the Forest Park Hotel in Platres, Troodos in the late 1930s. This was the heyday of the new Bauhaus-style hotel, when members of the jet set and glitterati were regular guests. Amongst these patrons was the Muslim King Farouk of Egypt who wanted to secretly indulge in a tipple whilst entertaining local dignitaries. To accommodate his request, Stelios, the head barman, created a drink designed to resemble iced tea. The plan worked, and no one detected the deception!

As time passed, the recipe spread to drinking establishments and restaurants throughout the island, becoming a firm favourite with residents and visitors alike. Today it is regarded as The Cyprus cocktail. 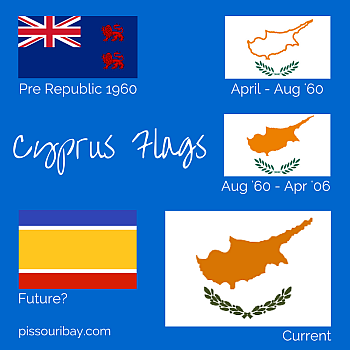 Why The Cyprus Flag Is (Almost) Unique

For 48 years, (1960 – 2008), the Cyprus flag was unique, being the only national flag to feature a map of the country on its design. (The Kosovo flag now also features a country map.)

When a competition was launched in 1960 to design a flag for the new Republic of Cyprus, it was decided that the flag should be deliberately neutral, avoiding blue or red, cross or crescent. Selected by the Republic’s first President – Archbishop Makarios III, the winning entry was created by Turkish Cypriot art teacher Ismet Güney. The copper colour of the map represents the ore which gives the island its name. The green olive leaves reflect the trees of the island and offering an olive branch.

Under the Annan plan for reuniting north and south, a new flag design was proposed by the UN incorporating symbolically coloured stripes – blue for Greece, red for Turkey and copper for Cyprus. 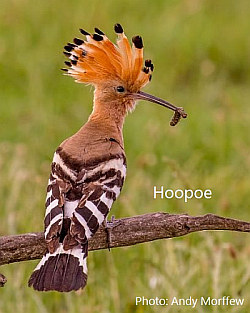 Cyprus lies on one of the main migration paths used by birds as they fly from Africa to Europe to breed in the spring, and back again in the autumn. Over 200 migratory bird species are regularly recorded as visitors, representing over 80% of the island’s bird fauna. Species include the rare Black Flamingo, and our personal favourite – the colourful Hoopoe.

For our bird-watching guests we provide full-sized and pocket-sized binoculars.