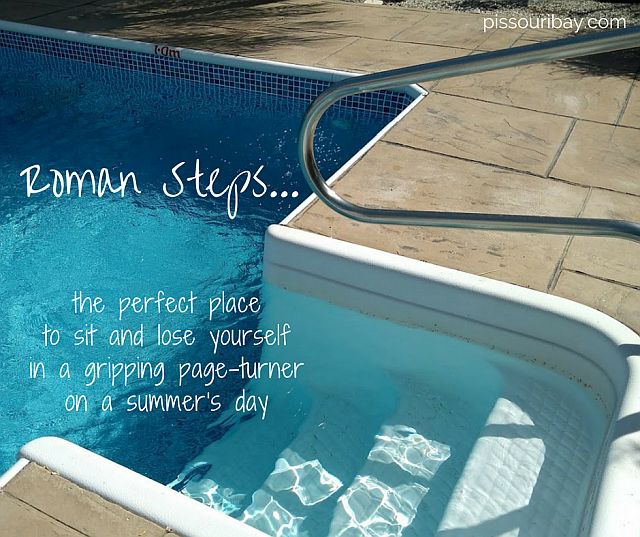 Is your precious annual holiday the chance to lose yourself in a good book?

If so, we have a small library with a selection of reading material to suit a variety of tastes including autobiographies, thrillers, detective novels, chick lit, light reads, local travel guides, and comedy books.

So whether you prefer to read lying down on one of our comfy loungers or stretched out in the villa hammock; or alternatively sitting up keeping an eye on proceedings from a balcony seat, or chilling half-in and half-out of the pool at the Roman steps; you should be able to find a comfortable spot to relax and immerse yourself in the book of your choice.

The Sunrise by Victoria Hislop

As usual with Victoria, this is a meticulously researched novel woven around the human side of the tragic events of 1974. Set in Famagusta and Varosha which were favourite celebrity hangouts in their heyday (much like the South of France today). In those heady times the popular beach resort was regularly visited by all the glitterati of the time, including film stars such as Richard Burton, Elizabeth Taylor, Paul Newman and Joanne Woodward.

Beginning prior to the invasion, when Greek Cypriots and Turkish Cypriots lived happily side-by-side in mixed communities, despite some political tensions, it shows how dramatically lives were changed by the Turkish invasion of the island.

Guests will find hardback and paperback copies of Victoria’s excellent book in the villa library.

Even today Cyprus remains a divided island, with a ‘buffer zone’ patrolled by the United Nations and the world’s only remaining divided city: Nicosia.

You can visit Northern Cyprus via the crossing point in the capital’s Ledra Street. Take passports and be careful not to take photographs near the border. We do not advise driving over as your rental insurance will not be valid.

Another option is to take an organised tour, such as The Original Red Bus Tour from the eastern resorts which offers a full day guided tour to the Venetian walled city of Famagusta and the ghost resort of Varosha. It’s shocking to stand on the beautiful beach and see the dilapidation of the once thriving high-rise hotels behind the barbed wire. If you’re happy to make an early start, you can drive to Protaras and pick up the bus there.

The Edge of Heaven by Gordon Honeycombe

The well-known former ITN newscaster was a regular Pissouri visitor in the 1970s, choosing the area as the location for his fifth novel.

Those who remember him from his serious news days, may be surprised to find that parts of the novel are rather racy!

Although out of print, we have managed to track down a paperback copy of Gordon’s book for the villa library. Please treat it gently.

Valerie is an ex-pat who has settled in Pissouri. She has written a light-hearted anecdotal holiday read about her experiences along the way.

We missed our chance to get a print copy for the villa library, but it is currently available in eBook format.

As a former Cyprus resident, with an insight into the culture through his Cypriot family, Chris’ travel guide offers a wealth of suggestions and tips.

Although we have a print copy in villa library, you may be interested in buying the eBook version for yourself as it includes regularly-updated web links.